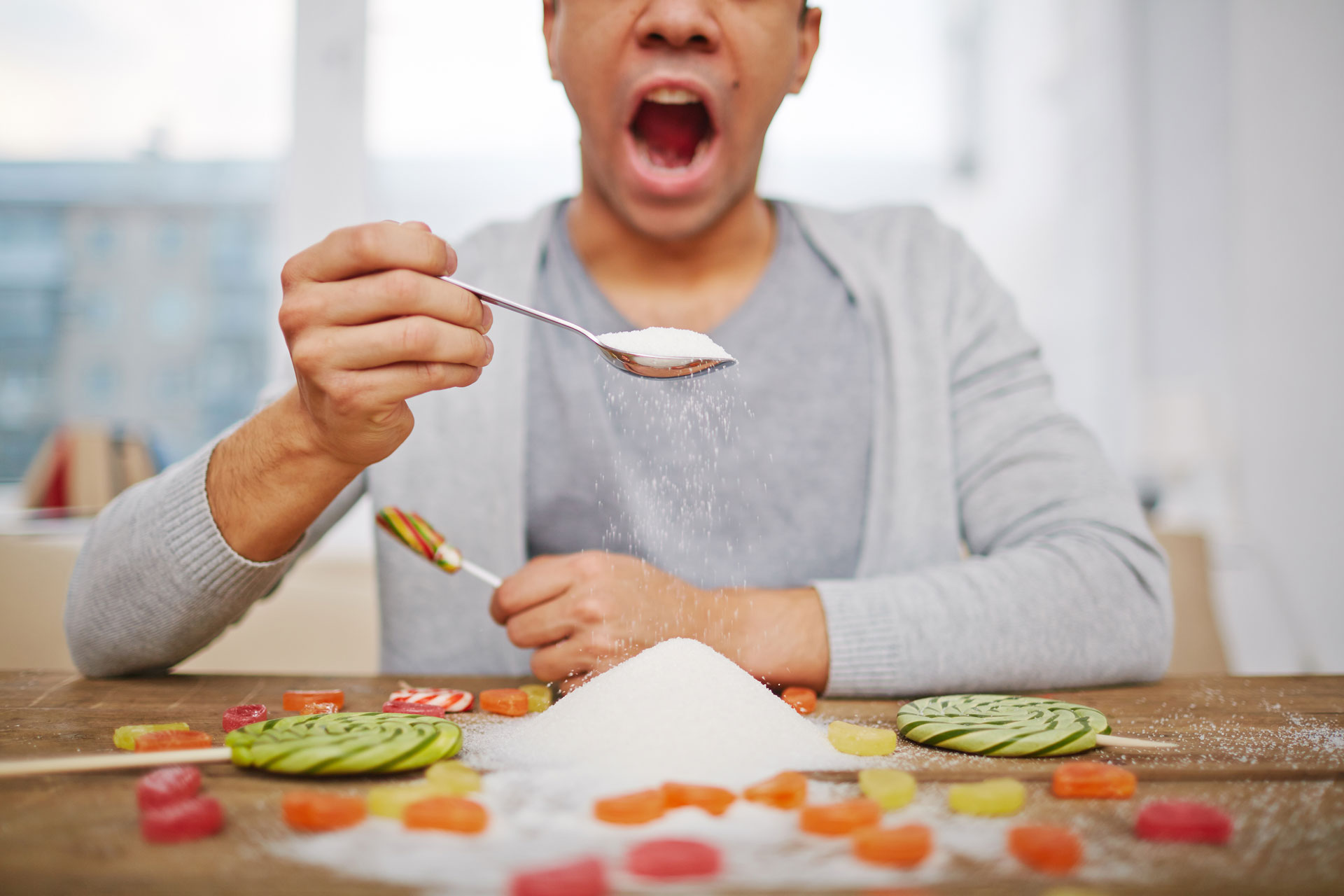 Sugar Addiction: How the sugar industry misdirected the masses.

Maybe you’ve seen the comparison: they are both white and granular and can make an addict out of you in no time flat. Except using one will land you in jail and the other you almost can’t avoid if you tried.

I am talking about the similarities between plain-old sugar and heroin. And that’s not hyperbole.

Sugar works on the brain the same way as powerful illicit drugs, such as heroin and meth. When sugar hits your brain, it releases the feel-good neurotransmitter dopamine, which floods you with a sense of wellbeing. After the initial rush comes the crash, and you feel grumpy, irritable, and tired—and craving more sugar. So you go in search for your next sugar fix.

These are the exact same mechanisms at work in drug and alcohol addiction. What’s more is that if you give into this cycle of consuming more sugar every time you crash, your body develops a tolerance to it. So one soda isn’t going to kick you into high gear anymore—you now need double or triple the amount to feel its effects.

And this is precisely how people get hooked on drugs. Tolerance turns into dependence, where your body and mind need the substance just to function normally. Then you experience withdrawal symptoms when you stop using the substance. And these are some key hallmarks of addiction.

Sugar addiction has been fairly well established, yet it continues to be ubiquitous in a large majority the of foods and drinks available to us. In fact, you must be intentionally vigilant if you want to avoid it.

It turns out, there is a very good reason why there hasn’t been more of an organized effort to limit our collective sugar intake: the sugar industry actually paid scientists to misdirect the public about the truth of sugar’s impact on our physical and mental health.

That sounds a bit conspiratorial, doesn’t it? But it happens to be true.

In the 1960s, after research confirmed that sugar led to negative health effects, such as high blood cholesterol and triglycerides levels and was a leading contributor to heart disease, the sugar industry paid Harvard researchers the equivalent of $50,000 in 2016 dollars to produce literature that said there was “no doubt” that fat was actually the culprit, and not sugar.

And so they did.

“The study found the [New England Journal of Medicine] NEJM review served the sugar industry’s interests by arguing that studies ‘associating sucrose with coronary heart disease were limited’ and that sugar should not be included in assessments of risk of heart disease.

Researchers found the sugar industry would spend $600,000 (the equivalent of $5.3 million in 2016 dollars) to teach ‘people who had never had a course in biochemistry…that sugar is what keeps every human being alive and with energy to face our daily problems,’ according to a UCSF press release.”

As far back as 1954, the sugar industry well understood that if Americans adopted a low-fat diet, their sugar consumption would increase one-third per capita to compensate for the lack of the essential dietary component. Yet it persisted in covering up the truth for the very simple reason that it was good business for the sugar industry.

And beyond heart health, low-fat, high-sugar diets are associated with depression, anxiety, and other forms of mental illness. All while sugar’s addictive nature ensures we quickly get and stay hooked—and sick.

Taking charge of your physical, mental, and emotional health starts with educating yourself with the facts and making good choices. Even if it means you have to dig a little deeper to unearth the truth.